THE FOOL THAT KEEPS TRYING

“When the going gets tough, put one foot in front of the other and just keep going. Don’t give up.”

― Roy T. Bennett, The Light in the Heart

If you are the kind of person who gets upset at someone for breaking a signal or littering from the car on beautiful roads, then well- this blog is for you. Perhaps it’s been years or decades since you have been trying to make a change, one little habit at a time. Be it pursuing a profession like marine biology or organizing initiatives like city clean-ups, activists would often face opposition for trying to

make a difference. But, this persistence in the midst of passiveness by others is what we would like to address in this blog: The fool that keeps trying!

The enthusiasm of these so-called ‘fools’ to make an effort for the environment may often be labelled as ‘extra, eccentric or sometimes even extremely foolish’. But, it is these heroes-that our world needs, and maybe in a way even deserves. Take the story of Malaika Vaz, a twenty-one-year-old driven environmentalist who — with her unconventional efforts of investigating the Indo-Burmese-China illegal trade line — saved many animals from wildlife smuggling. That’s the difference an individual can make. And while this example might seem less ordinary or achievable by the everyday individual, we can perhaps even providing food to our canine friends and refusing plastic when the opportunity presents itself.

These are everyday heroes. We need them, whether it’s against plastic pollution, climate change or even the pandemic. It is crucial to make consistent efforts at the individual level and do so diligently. It really does not matter who appreciates and who follows, you keep trying and keep going with the

measures you believe in!

Our Ocean Heroes, for example, could have very easily opted for a career path or hobby that was more “lucrative”. They would definitely have faced a lot of judgement for their choice of career. But, their persistent efforts have made a lot of difference to the aquatic life in India and around the world — something we hope all individuals keep trying in their own capacity. In the end- it’s the “fool” who triumphs!

Irrespective of efforts by the passive category to pull you down, it is your persistence that’s going to help us emerge a winner in these trying times. Refusing the long drive offer by your best friend or letting go of a simple handshake with your neighbour can most definitely break the chain and flatten

the curve. A simple effort towards self-isolation while people around you diss quarantine is what we need right now! The power of the individual has never been more apparent, and there’s something we can all do to contribute to a better tomorrow. A small battle lost, but the war is won!

Ignore the naysayers be! While the task ahead of us might seem insurmountably large, it is together that we’ll find the strength to overcome. Already there are countless examples of “fools” going out of their way to make a difference. The naysayers? They wish they had that kind of positive influence.

The small steps matter. The difference made by a beach clean up or the segregation of dry and wet waste; has a lot more impact then you can immediately witness. COVID-19 is literally a battle we can win only with the support of these fools who keep trying to follow the preventive guidelines over

and over again, irrespective of immediate rewards and recognition.

All we want to say is: that when the tough get going, even the toughest of circumstances go away! Make your own butterfly effect. Let the little things make the big impact you have been envisioning for so long- one little persistent step at a time.

And when the fruits of your continued efforts do become apparent, the honour  of having contributed to that change is otherworldly, making you feel part of something much bigger than yourself — a world that’s much better than the one we started with. If working towards that with little step is considered foolish? Well then, wear that badge with pride.

Nearly every hero in making has. 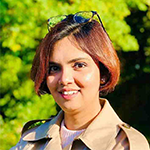